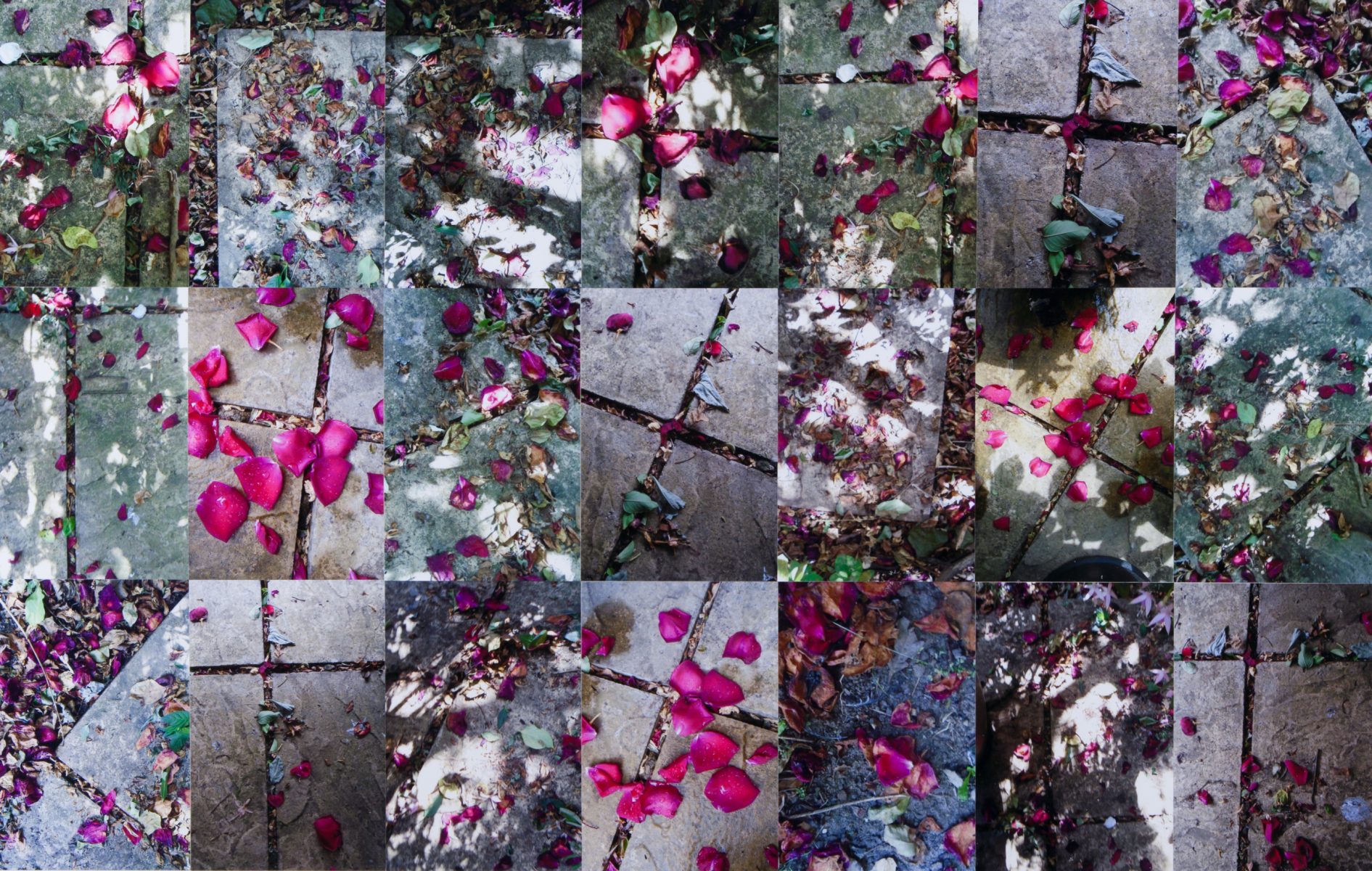 In 2017 on 22nd May at 22.31 an Islamist suicide bomber detonated a bomb as people were leaving the Manchester Arena Concert. Some of the digital photos I had recently taken in my garden seemed to express a symbolic mood which related to this shocking attack, and I was inspired to create a multiple image collage titled ‘Under the Roses’ which is dedicated to the memory of those who died or were injured, including children and also to all those people who tried to help them.